President Joe Biden landed aboard Air Force One at Moffett Federal Airfield Thursday, near NASA’s Ames Research Center in California’s Silicon Valley, before departing to tour recent storm damage in the state. Biden was greeted by Ames’ Associate Center Director for Research and Technology, David Korsmeyer, before departing with California Governor Gavin Newsom and Senator Alex Padilla to view consequences of flooding and other storm impacts along California’s central coast.

The state has been battered by a series of winter storms that brought intense winds and rainfall. Researchers at Ames are doing their part to help by studying the source of these extreme weather events: atmospheric rivers. These narrow bands of water vapor transport in the atmosphere are often responsible for up to half the annual total precipitation over parts of the western U.S. Atmospheric rivers provide important water supply but can also cause devastating floods.

The ability to predict atmospheric rivers on the scale of two weeks to a season in advance is crucial for mitigating impacts of flooding, securing water resources, preventing wildfire events, and ultimately protecting the whole ecosystem under a warming climate. Scientists with NASA, San Jose State University, and the National Oceanic and Atmospheric Administration recently published results investigating the relationships between a climate pattern called the arctic oscillation, snowpack, and atmospheric rivers. The goal is to improve longer-term predictions of atmospheric rivers and, ultimately, water resources across the western U.S. 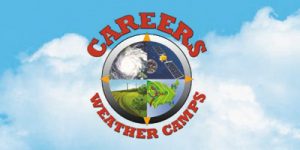 NCAS-M Will Not Host CAREERS Weather Camps in 2019 at Howard University, or the University of Texas, El Paso.

NCAS-M Apologizes for any Inconveniences.

Thank You for the Continued Interest in Atmospheric Sciences!